‘Spatial Manager’ software supports now the most recent version of the ‘Ordnance Survey’ products. The Schema 9, with which you can get more information about structures like bridges and telecommunications masts. In rural areas, agricultural land is now identified. And around Britain’s 11,800km of coastline, you will be able to query and display foreshore detail, such as boulders, mud and shingle 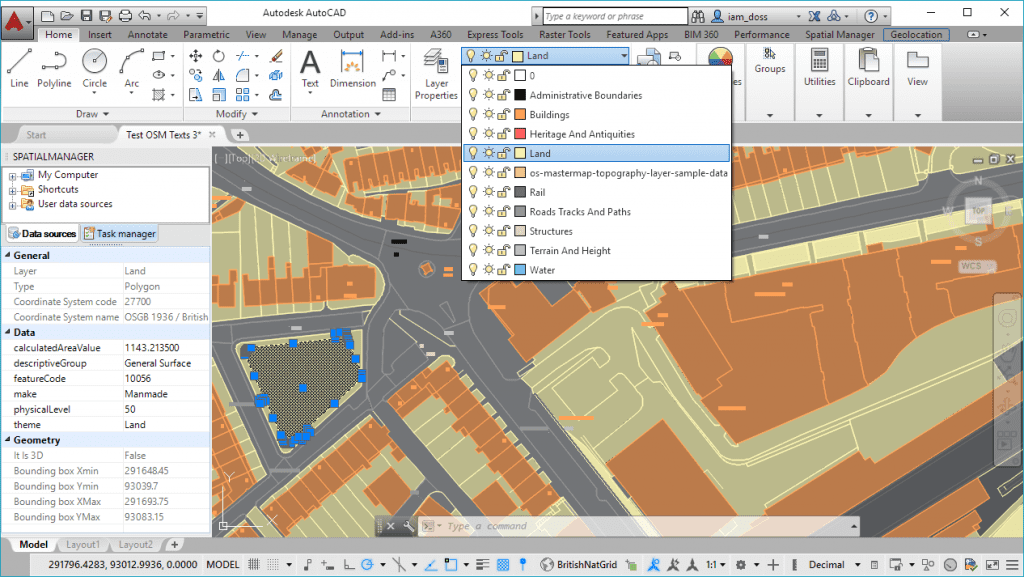 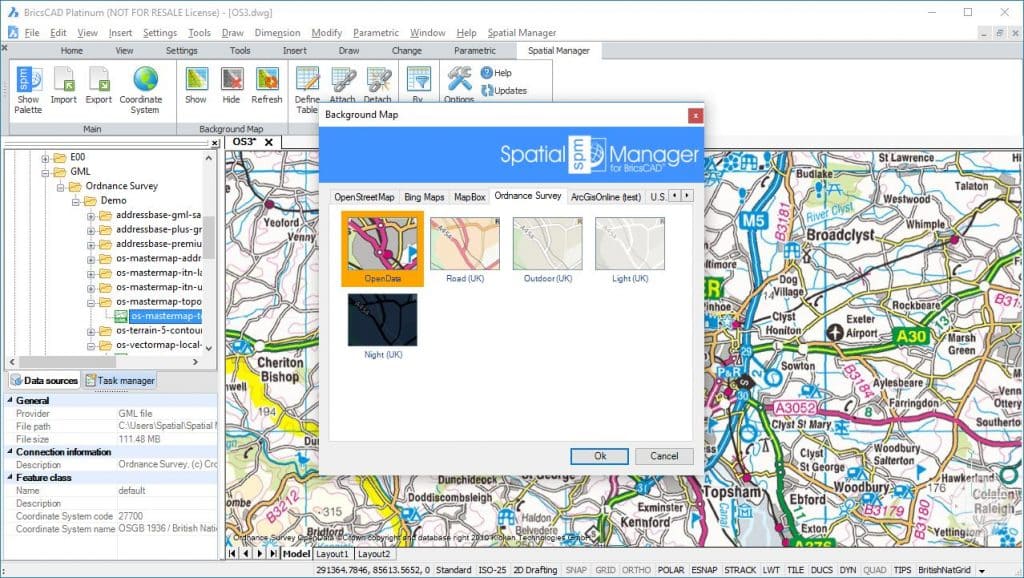 The Schema 9 upgrade in detail

‘OS MasterMap Topography Layer’ has been enriched by adding 76 new descriptive terms, such as cattle grid, cave and crane. With 11 million more real-world features identified, you can tag and analyze your assets more precisely. For example, posts are now labelled individually, so you can use this data to work out how many you own and, in your asset records, log any that need replacement 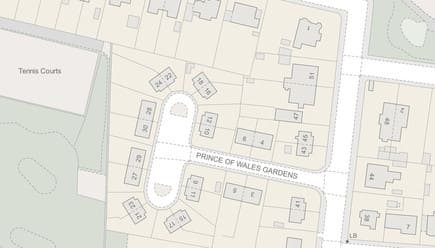 Structures descriptive group
Structure becomes a descriptive group attribute in Schema 9. This means real-world features such as chimneys, footbridges and tanks no longer share the label structure but are now individually identified

Agricultural land now depicted
This upgrade identifies ‘Agricultural Land’ – areas of land with a main purpose of growing crops or keeping livestock. Along with additional foreshore and land-fill descriptive term attributes, this makes land use much clearer

Coincident tide-lines
These new descriptive terms reflect that water always fills docks used by larger ships, even at low tide. This means the quayside tidal range and can only be measured vertically – high and low tide are co-incident. The Mean High Water (Springs) term will appear with the descriptive terms for Mean Low Water (Springs) or other features such as Groyne or Building Outline, when co-incident, giving a clearer depiction of tidal range