A problem that the spatial information users face when working in CAD applications is importing and handling Polygons that contain multiple rings and/or holes (Multi-Polygons or MPolygons). But these applications include a very standard object type (HATCH) that will behave like a Multi-Polygon in graphical rendering, geometric edition and other aspects 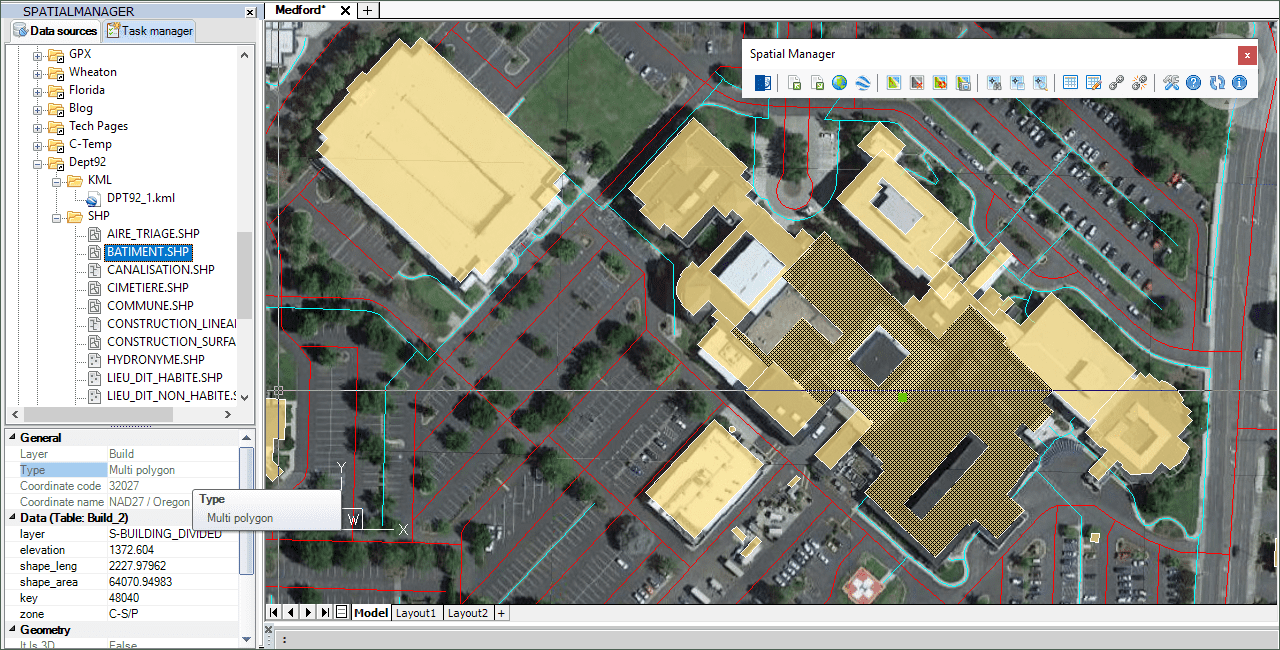 Users of CAD applications that need to deal with geospatial information, GIS or maps are interested in handling unitary polygonal elements as a single object in their drawing, not only to obtain a unitary graphical representation but also to assign one data record to a single object and not to multiple objects. Think for example of a building unit that includes several buildings blocks and/or interior courtyards, or a cadastral parcel unit consisting of several non-adjacent parcels

Although the most widely used CAD applications have always pursued the option of managing MPolygons, an object defined as native in AutoCAD Map, in most cases these objects cause problems in multiple processes such as printing, vertices or segments editing, and others 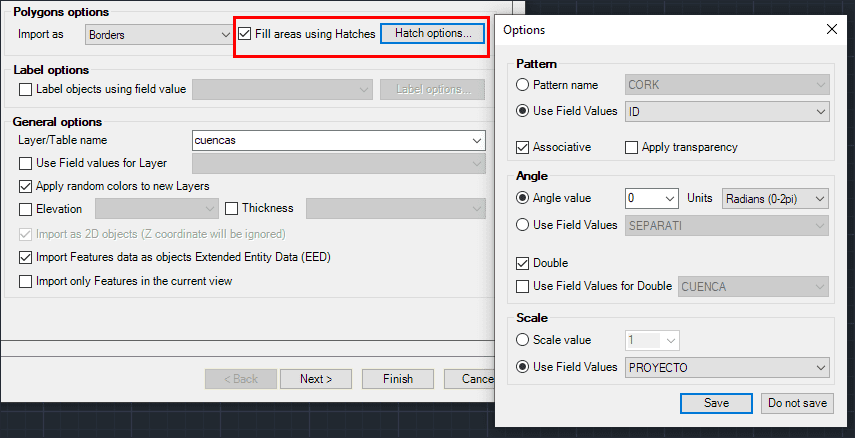 In the above videos you can see the complete import process and learn how to comfortably select the Polylines that shape the Polygons or Multi-Polygons borders in order to erase them, or simply Detach them from the Data Table so that only the Hatch remains Attached to the Table

(*) Note: ‘Spatial Manager for AutoCAD’ also includes the option to use MPolygons when importing, as AutoCAD allows to programmatically create this type of objects

Learn more about how to import and customize spatial objects and data into your drawings: