Under certain conditions, displaying large images on ‘Google Earth’ may cause problems. These images can be replaced by a “cross” in order to indicate that the real image cannot be loaded on the map. Other times, images may be cropped and only a portion of them will be displayed. ‘Spatial Manager’ includes an option that can help you when Publishing from drawings to ‘Google Earth’ 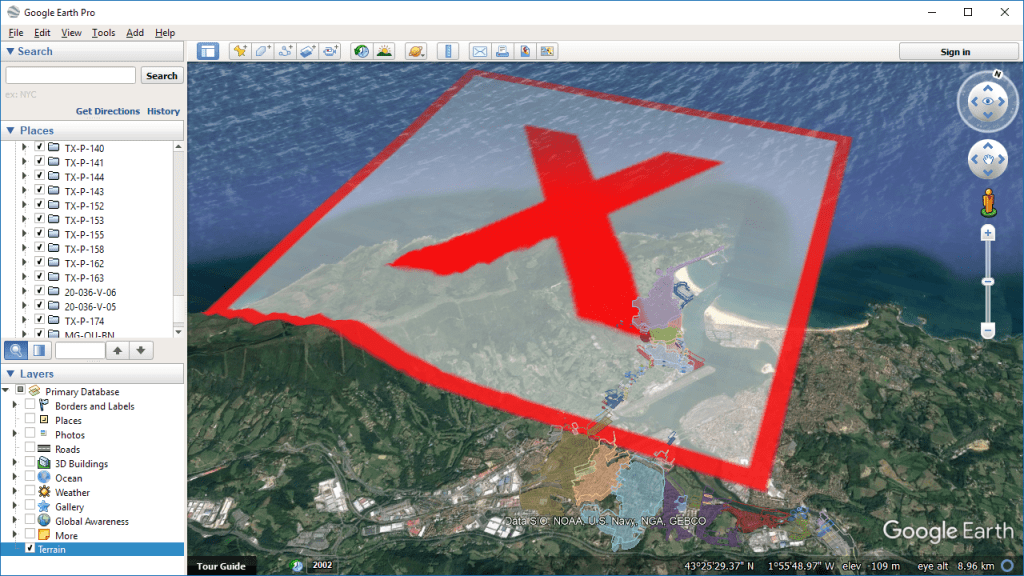 In the above screen copy, you can see the visual effect of an image that is too big when presented in ‘Google Earth’. As said in the introduction of this post, large images may also appear cropped

The problem may be due to different reasons or to a combination of several of them: graphics card functionalities and memory, the GPU, Google Earth’s graphics settings, etc.

Starting with version 4.2, ‘Spatial Manager’ (CAD versions) adds an option to configure the resizing of images when publishing a drawing in Google Earth. According to this setting, the image is reduced by the number of original pixels on each axis based on the percentage value entered, but keeping its actual dimensions on the map 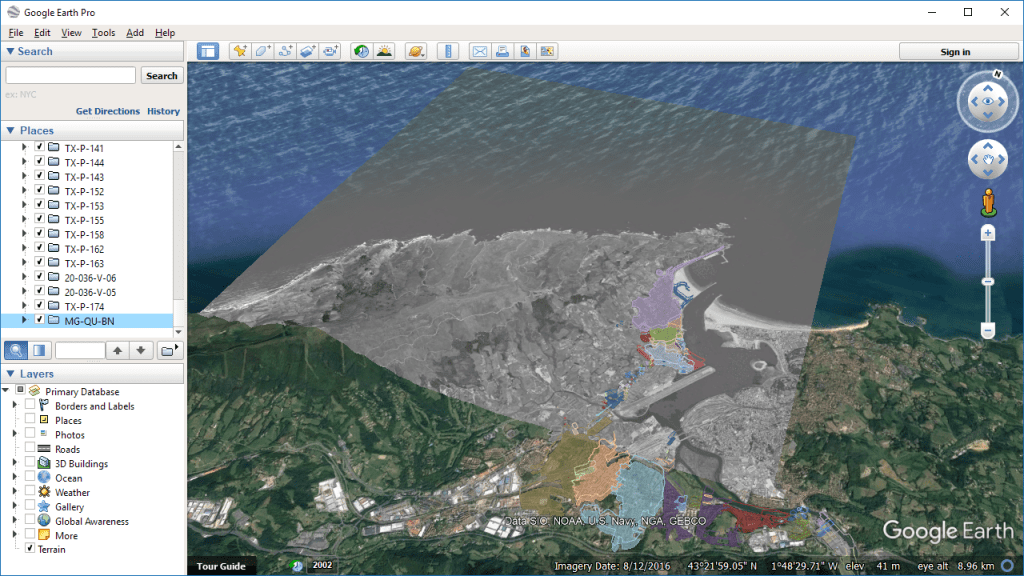 Images will be properly shown by reducing their size

As it is difficult to establish how much reduction in image size is necessary before checking the final output, and since the image may lose some of its original quality, it is up to the user to test the effects of this option and its reduction value in each case

Learn more about Publishing Images to Google Earth from your drawings:

Take a look at all the news and improvements in ‘Spatial Manager 4.2’