Within this interesting example we show how to include, on an existing AutoCAD or BricsCAD drawing of a city, locations from a list of addresses as points (Blocks) on the drawing, using Google Maps APIs for geo-location_ 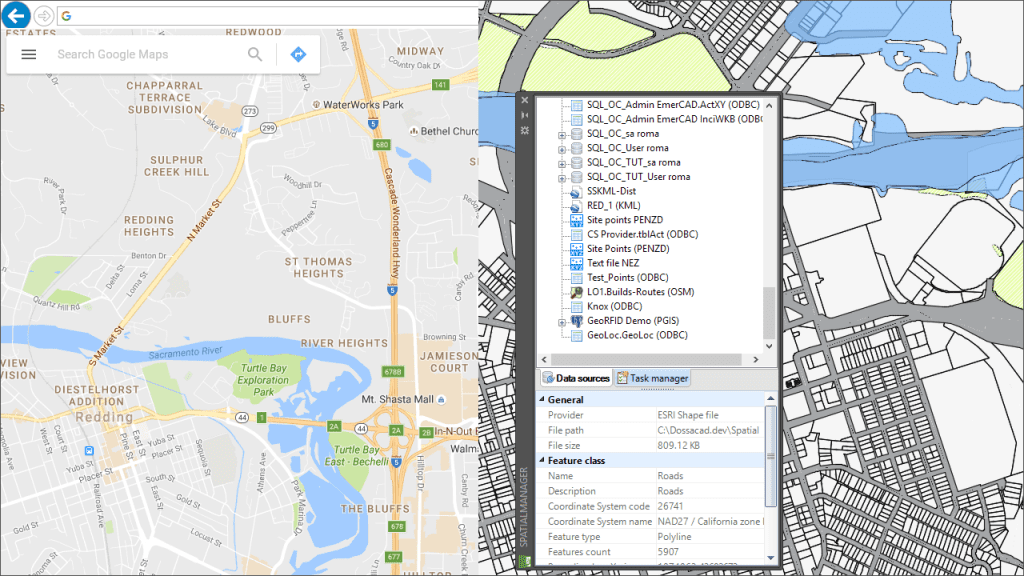 The process is also supported by a small application developed using VBA in Excel and applying these APIs to get the Latitude and Longitude from the list of addresses. The process works as follows:

The Background Maps technology built into ‘Spatial Manager’ allows access to user-defined WMTS, WMTS and XYZ/TMS map servers, but also includes access to some of the most widely used image...&nbspmore

Due to the relevance of importing points from data tables in many projects and works related to territorial information, cartography or surveying, ‘Spatial Manager’ includes multiple systems that simplify this...&nbspmore

We are all increasingly familiar to locate places on a map using Google Maps or similar services, but what about being able to do it directly on our drawings or...&nbspmore

Following several previous posts about how to configure and apply diverse parameters for Google Maps as dynamic Background Maps in ‘Spatial Manager’ (AutoCAD, BricsCAD, ZWCAD or Desktop), you can...&nbspmore