Just a few weeks after the release of ‘Spatial Manager’ 3.3 there is a new version 3.3.1 that improves the performance of the Application, enhances many commands and adds functionality that could not be included in the previous version 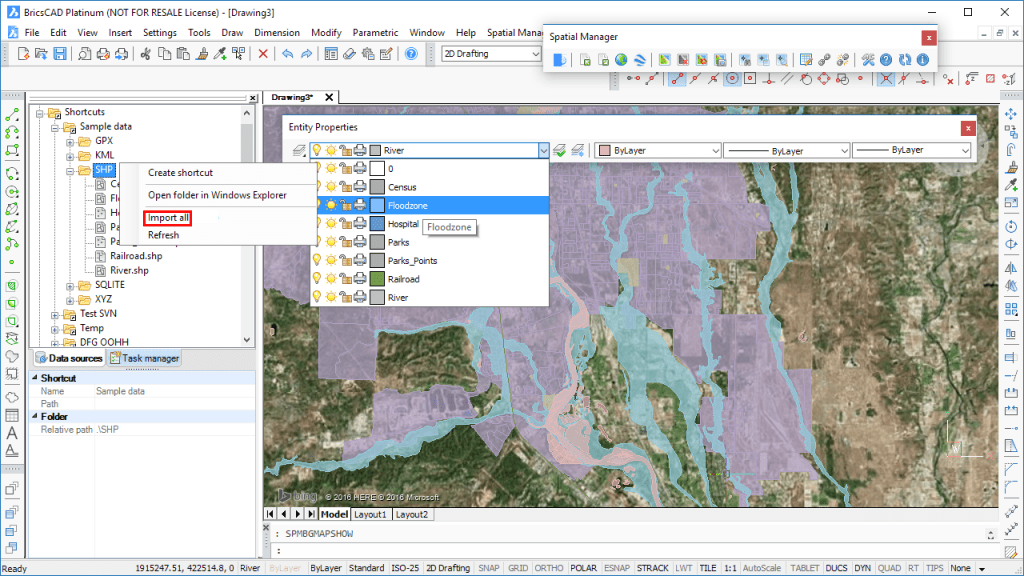 AutoCAD and BricsCAD: The new “Import all” functionality allows you import all the files in a folder on a click

Import all in a single click (Video: AutoCAD / BricsCAD)**

· Option to create a Layer for each file imported

** The execution speed of certain commands such as SPMSELECTBYQUERY, SPMEXPORT, SPMSELECTBYTABLE, SPMCREATEKML and other, has been improved by up to 600% (AutoCAD and BricsCAD)

· If there are no results during a query, the command window is shown again and keeps the list of query conditions

Have you missed the news in the previous version 3.3? Take a look at this Blog entry

Review all new features in the application Changelogs:

The recently released version 8.1 of ‘Spatial Manager’ is now compatible with ZWCAD 2023 SP2. This version includes some of the greatest news and enhancements incorporated in this application thus...&nbspmore

The recently released version 8.1 of ‘Spatial Manager’ is the first one compatible with BricsCAD 23. This new version includes some of the greatest news and enhancements incorporated in this...&nbspmore

The recently released version 8 of ‘Spatial Manager’ is the first one compatible with GstarCAD 2023. This new version includes some of the greatest news and enhancements incorporated in this...&nbspmore

New version 8 of ‘Spatial Manager’ has been released and it comes plenty of new functions and improvements, that will allow you to be much more productive in the development...&nbspmore